The new iPhone always catch people's attention, especially the newly released iPhone SE. The Apple's new four-inch phone will be available for pre-order on March 24, with sales beginning on March 31. Do you intend to switch to the small but powerful iPhone SE from your old big-screen Android phone? And wondering how you can transfer important contacts from your Android to iPhone SE? 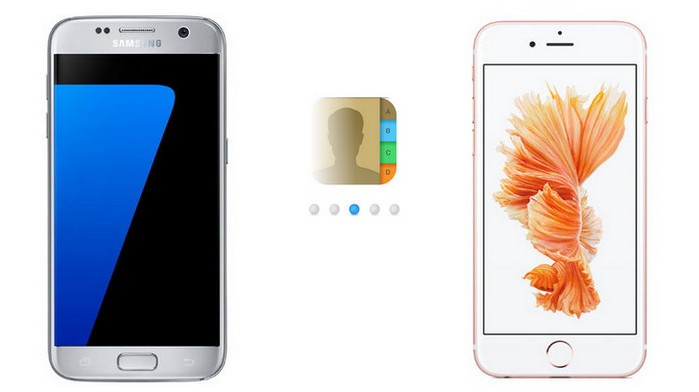 If you own a Google account, Google Contacts Service provides one of the most direct paths for backing up contacts from an Android phone to its G-cloud. So needless to say, you can restore your entire address book to the new iPhone SE. You won’t need to purchase or download any special software or app. You will only need a Google account. 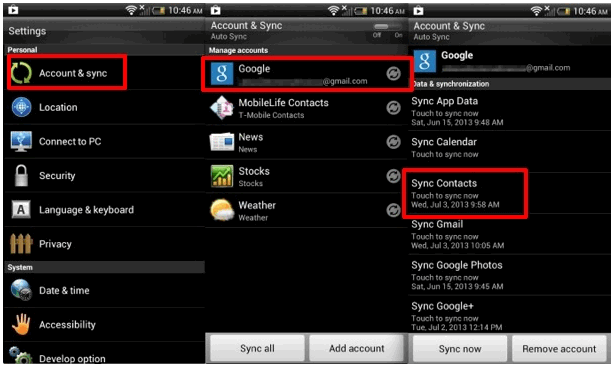 Now navigate to the iPhone SE, open Settings > Mail Contacts Calendars > Add Account . Tap Other, and under Contacts, cclick on Add CardDav Account to enter your Google email address and password. Tap Next and syncing should commence immediately. When it done, all of your Android contacts would be saved on Contacts App on iPhone SE.

If you roll down the iPhone SE product page on Apple's site, you will see the recommendation of ‘Move to iOS’. The Move to iOS App supports transferring Contacts, Messages, Camera photos, Videos, Calendars from android handset to the new iPhone SE using wireless connection. Obviously, it goes without saying that Apple is being aggressive to capture the smartphone market share.

It is noticeable that the Move to iOS App only works on new iDevice. That is, this method is available only if you’re setting up your iPhone as a new device. Besides, the transferring process is slow and depends on your Wi-Fi Networks. You should have your Android (running Android 4.0 and above version) and iOS devices in your hand and both phone connected with the same Wi-Fi Networks. 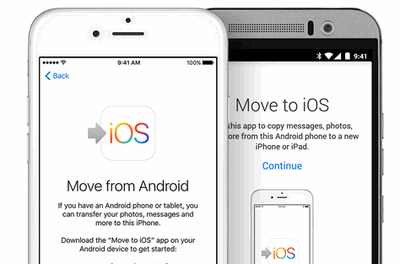 Solution 3: Transfer Android Contacts to iPhone SE on One Click

The third-party software - Syncios Data Transfer, enables you to copy contacts from Android phone to iPhone SE in one click for free. The most noteworthy is its transferring speed - takes only 20 seconds to transfer 600+ contacts to iPhone SE. This phone-to-phone transfer has both Windows and Mac version, which meets different needs. All of contacts on Android can be transfered to iPhone SE with people infor like e-mail, address, birthday, company infor, etc. Also, you can backup your Android and restore it to iPhone SE later as you wish.

How to copy Android contacts to iPhone SE:

1. Install and open Syncios on PC;
2. Connect both iPhone SE and Android to PC with USB cables;
3.Select data to transfer and click Start Copy. 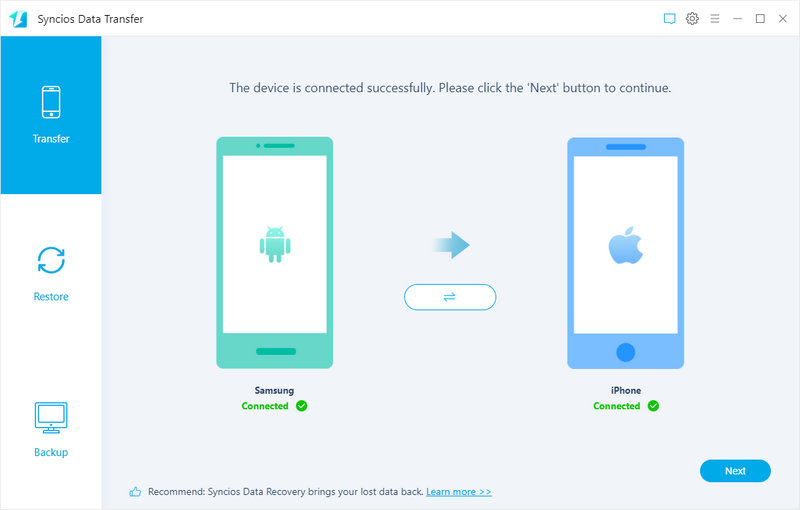