As we know, iPhone 7, one of the most anticipated phones of 2016, has been unveiled on the Sep 7th. The key features of the iPhone were the camera system, the removed headphone jack and some other hardware upgrades, like the brand new A10 fusion, water resistance design and an upgrade of storage size. What’s more, five colors are available. To be honest, although there is no big surprise for Apple fans, but still a big improvement compares to its predecessor.

With the release of iPhone 7, people all around the world lined up to buy the new Apple product. If you are one of them, who just switched from an Android phone to a brand new iPhone 7 or iPhone 7 plus. And you must need to move your data from old android phone to the new Apple product. So this article will show you how to transfer all your data from your HTC phone including HTC 10, HTC M9, HTC One M8, HTC One to the new iPhone 7 effortlessly without data loss.

Part 1. Transfer Data from HTC Phone to iPhone 7 via Move to iOS app?

This app makes the process of moving from Android to iPhone simpler, however, please note that the Move to iOS App only works on new iDevice. And your HTC Android phone needs to run Android 4.0 and above version, besides, your android phone must connect with the same Wi-Fi Networks created by the iOS device. 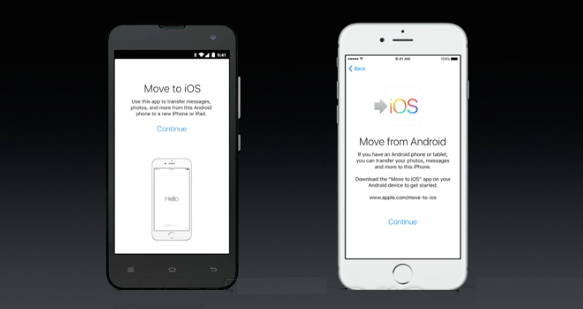 Part 2. Transfer Data from HTC Phone to iPhone 7 by One-click? 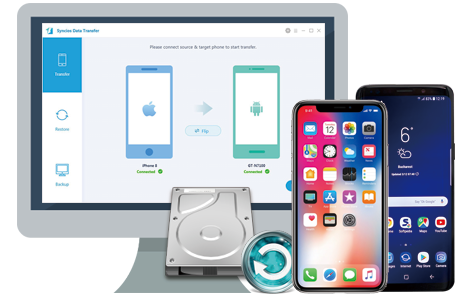 Select and install the compatible version to your computer according to your pc's operating system, and launch the program after installing successfully. 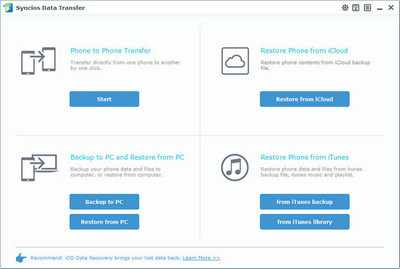 Two devices would be displayed on the middle of the next window. Please ensure that iPhone 7/ 7 Plus was in the right (Target Device) panel. If not, clicking on Flip button to switch the device positions. Check the contents to transfer from HTC Android to iPhone 7 after Syncios finished loading data.

With all the steps above done, simply press "Start Copy" button, before long, all of your data will be transferred successfully to your new iPhone 7 or iPhone7 Plus. (Click here to learn what types of data allowed to be moved from Android to iOS device.) 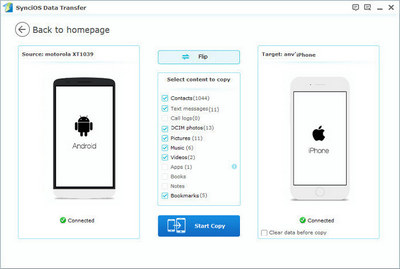