How to Save Live Photos as JPG Photos on PC

Live Photos are being touted as one of those must-have features and we have explained how to get fairly good results with them. That said, Live Photos have a few caveats. For one, they take up a great deal more space than traditional stills. You may also not want to share the whole thing. You might simply want to share it as a still photo and discard the rest. In this post, we are going to teach you how to save your live photos as JPG photos. Just take a few steps.

How to Save Live Photos as JPG Photos.

Live photos are awesome and sometimes they just make you smile. But for most photos, it’s not really useful and it takes up space. Removing live part of live photos could help you to save space and still keep the photos. In fact, we could duplicate live photos to still photos. And keep live photos or delete live photos whatever you need. Converting a Live Photo to a still photo is actually a really easy process, which can be accomplished in just a few short steps.

Step 1. First, open the live Photo in the Photos app and then tap on share button

in the lower-left corner. And choose Duplicate > Duplicate as Still Photo. Now you can see a duplicated still photo and a original live photo. Just delete the live photo if you don't need to keep. 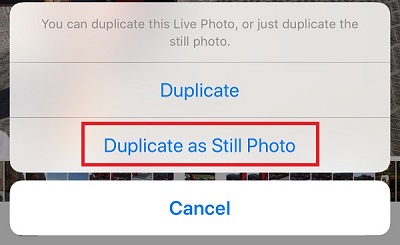 Step 2. Or you can also turn off live photo function when taking a photo. Launch camera app and you'll find the Live Photo icon, which is made up of three concentric circles at the top of your screen. If the icon is yellow (or gold), Live Photos is currently turned on. To turn it off, simply tap on the icon.

Step 1. Now you've saved live photos as still photos, and you need to export photos from iPhone to computer simply. Besides, for iOS devices running iOS 11 or later, they are HIEC photos if you save them directly to computer via USB cable. If you want to export them to computer as JPG photos easily, you should get a free mobile tool - Syncios Mobile Manager. And then we'll start.

Step 2. Install then launch the program. Connect your iOS device to it. Keep your device unlocked and pay attention to any pop-up message.

Step 3. After a successful connection, navigate to content bar on the left. Find Photos > Camera Roll. Check photos here, and select the still photos you've just duplicated. Click on Export, choose a proper location to save them to PC. 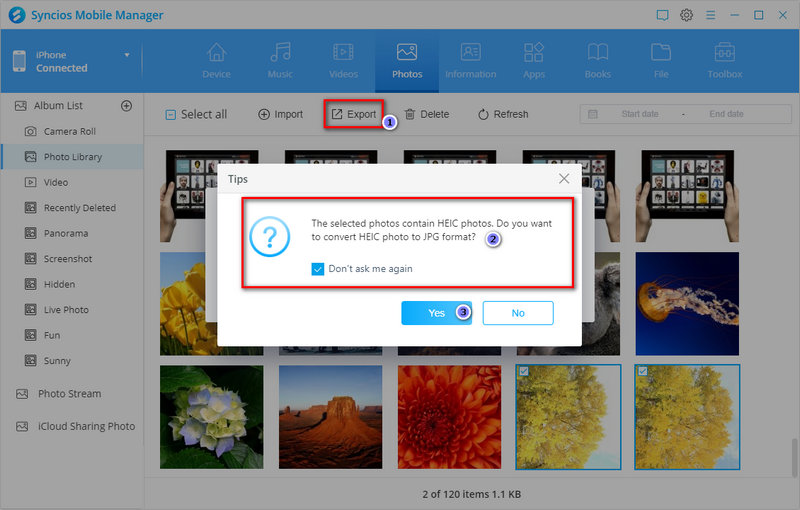 Step 4. For iOS devices running iOS 11 or later, Syncios will convert your HEIC photo(s) to JPG photo(s) and also export the original HEIC photo(s) for you in order to preview or share normally. For older iOS versions, Syncios will export JPG photos directly without any quality loss. 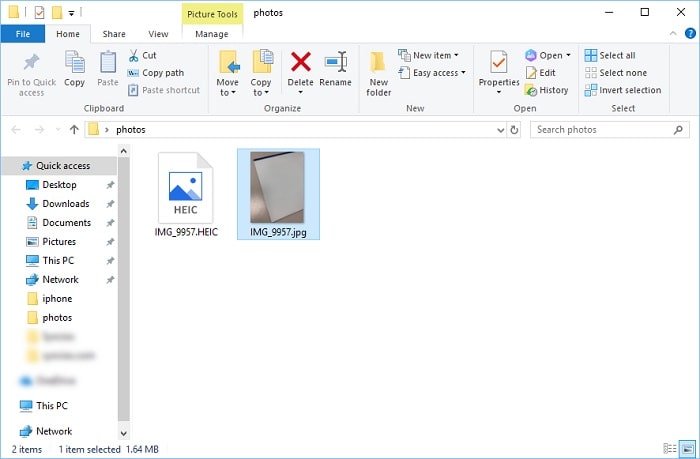 Video Tutorial. How to Save Live Photos As JPG Photos

Free Syncios Mobile Manager is an easy-to-use and powerful iOS & Android Mobile manager, which is well-designed for users who want to manage device contents on PC. It allows you to export contacts, apps, photos, music, ringtone, videos, SMS messages, eBooks and more for free. 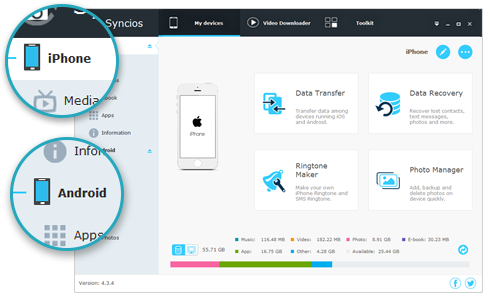